A Priceless Gift From a Customer

A Priceless Gift from a Customer

Your Watch of the Week is below (a very memorable one this week), but first we need to tell you about something we recently received from a customer!

Steve Brady, a retired U.S. Navy helicopter pilot, bought one of our Military Edition Special Edition watches this past November. He was also one of the customers who donated extra funds to help raise $50,000 for the Veterans Watchmaker Initiative.

To show additional support and share his gratitude after receiving his watch, Brady decided to "entrust us with a piece of his personal history" ... a tail rotor blade from his service helicopter, The Sea Sprite.

Here's a bit of his story: 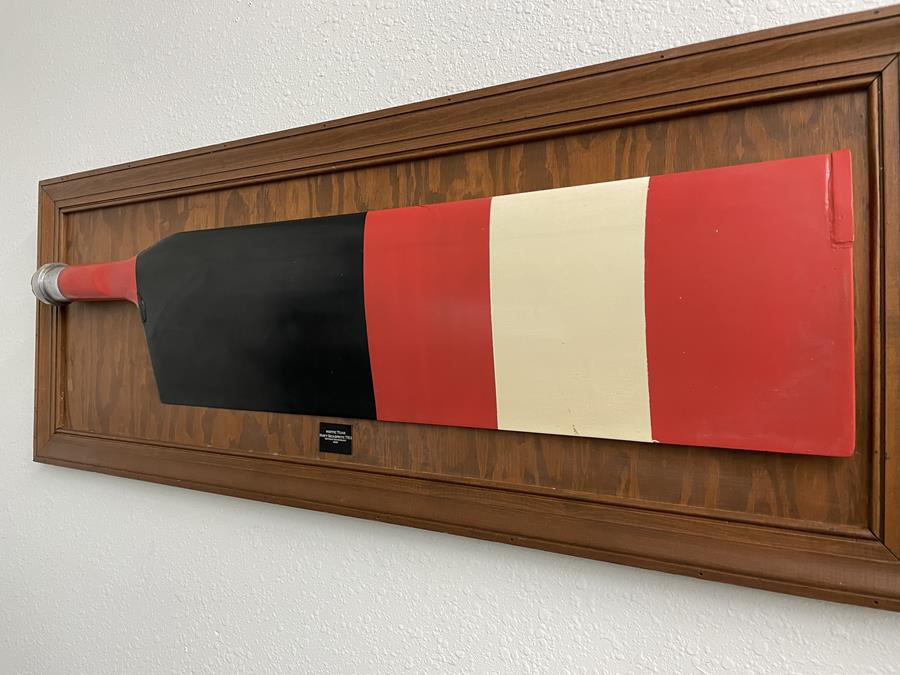 It was the Navy's SH-2F Helicopter: the Sea Sprite, in particular Bureau Number (B/N) 150236. A B/N is how the Department of Defense identifies each aircraft in the inventory. The "236" was the aircraft the blade he sent us resided on for the Tail Rotor Blade's entire service life which somehow mysteriously ended at the same time his association with the aircraft ended. His service time was somewhat unique. Despite his changing detachments and positions, this aircraft and blade were the ones he flew 90% of his hours in. It was the aircraft he flew in on his "nugget" or "bag of sand" cruise, his maintenance officer assignment, and his officer in charge assignment. 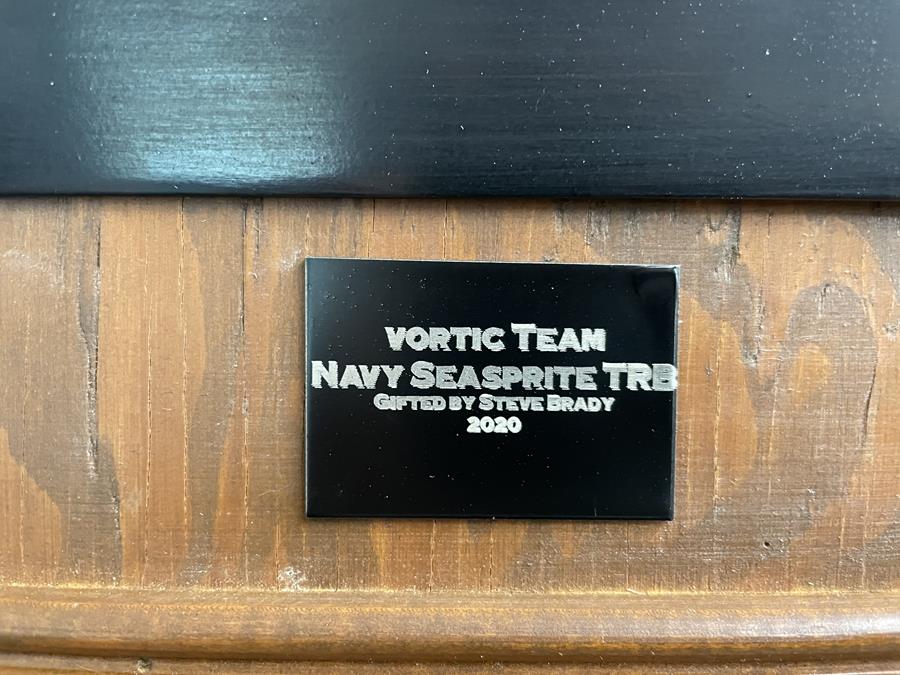 Both the aircraft and the blade served him well for over 1,200 flight hours and a little over 500 shipboard landings. Those experiences also conditioned him to sleep through anything on a commercial airliner... a great skill he says he can still use today! The SH-2F is a two-engine helicopter that was deployed on board United States Navy Destroyers and Fast Frigates to serve as an extension of the ship's horizon for anti-submarine and anti-ship warfare. The aircraft weighs 11,600 pounds, has a maximum airspeed of approximately 160 mph, and can fly up to an altitude of 10,000 feet. It is so overpowered that it can fly on only one engine. 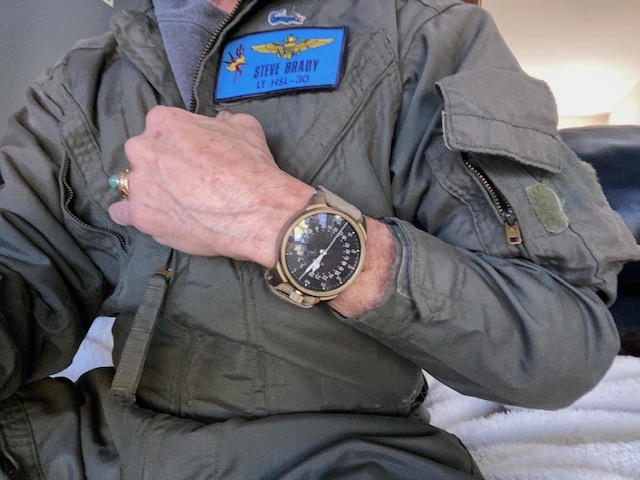 One of the things Brady says he enjoyed the most is that the Sea Sprite can fly forward, sideways, and backward or remain motionless over the ground. It has four main rotor blades, four tail rotor blades, radar, acoustic and non-acoustic sensors and was manned by a crew of two pilots and one crewman who operated the ship's sensors. It can carry two torpedoes or two missiles as well as a .50 caliber machine gun in the cabin. It was also used in Search and Rescue missions, passenger and cargo transfers, etc. He's flown Admirals, drug dogs, and even high-level diplomats from several countries. 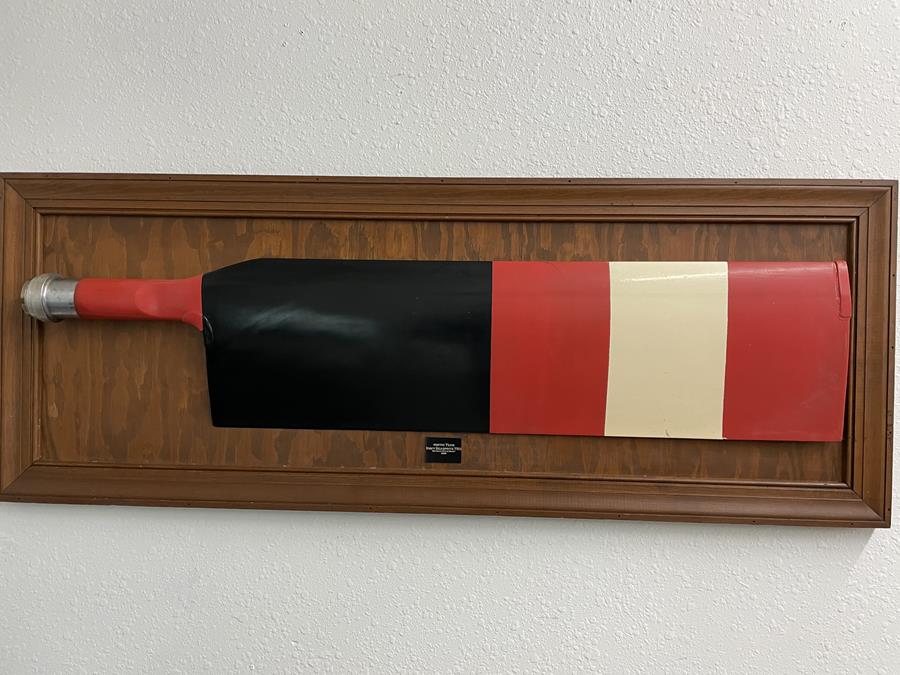 In the Navy helicopter community, they do not have navigators. That function is performed by the pilot who is not at the flight controls. The Sea Sprite was made by Kaman Aerospace in Bloomfield, Connecticut. Brady says Charles Kaman, the founder, was one of the most incredible individuals that he ever had the privilege of meeting and also one of the most patriotic. Any time that there was a Navy H-2 pilot at the factory, Brady says Kaman made sure to make time to personally talk with them. One question he always asked was "how can we make the aircraft better?" Kaman was the son of immigrants and he started the company in his parents' garage. This particular Tail Rotor Blade has flown over all of the seven seas with the exception of the Artic and Antarctic and off the coasts of Europe, Asia, Africa, and North and South America. It has crossed the equator four times, traversed the Suez Canal four times, and the Panama Canal twice. Bust most importantly, it's helped with hundreds of safe and successful lift-offs and landings! 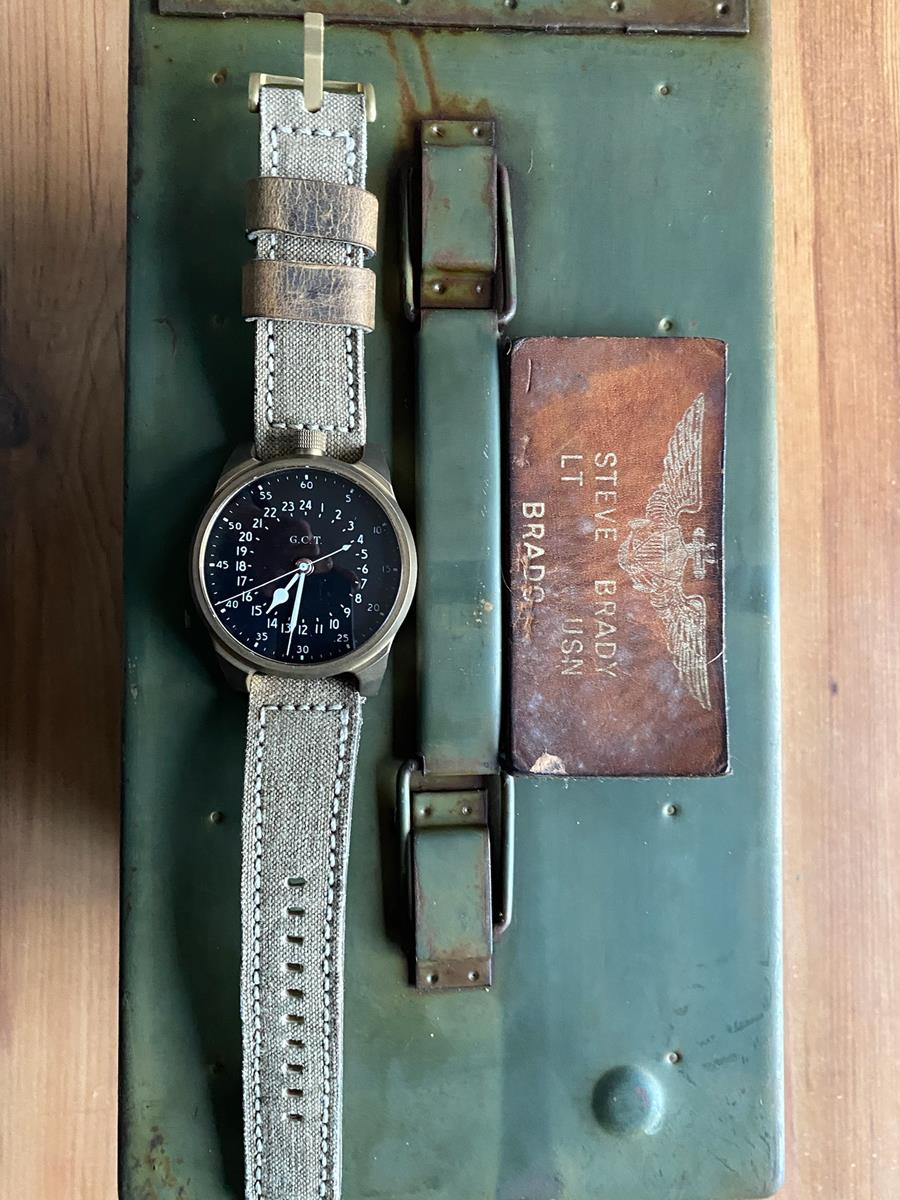 Learn More About The Military Edition 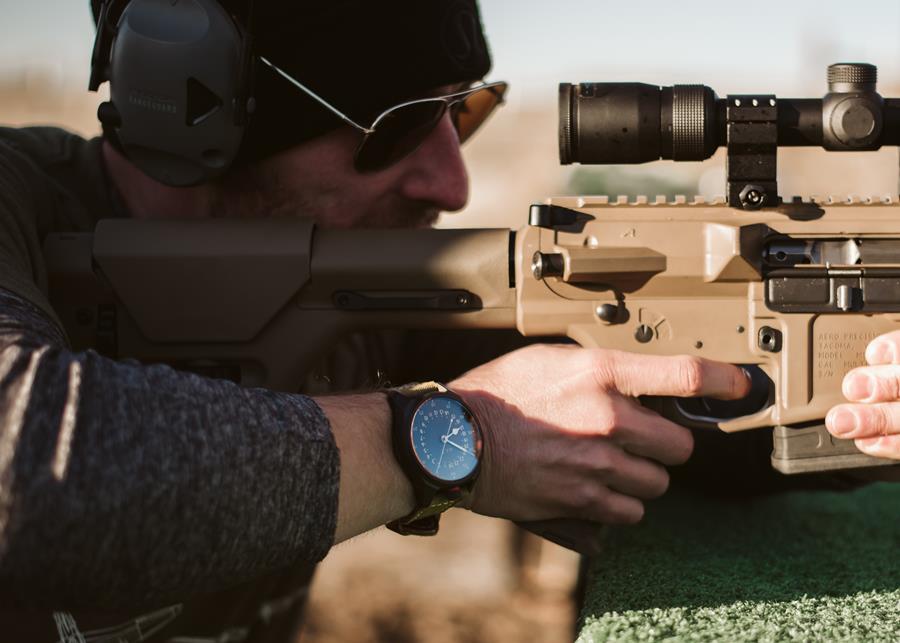 So... we have one reservation of a Second Edition (the black case) to sell. We haven't built it yet, and it'll be one of the last ones we build, so we'll be able to ship it in a couple of months. If you want this Watch of the Week please respond to this email and we'll try to make sure it can be yours! Worst case scenario we'll make sure you're on the waitlist for our 2021 Military Edition coming in November. 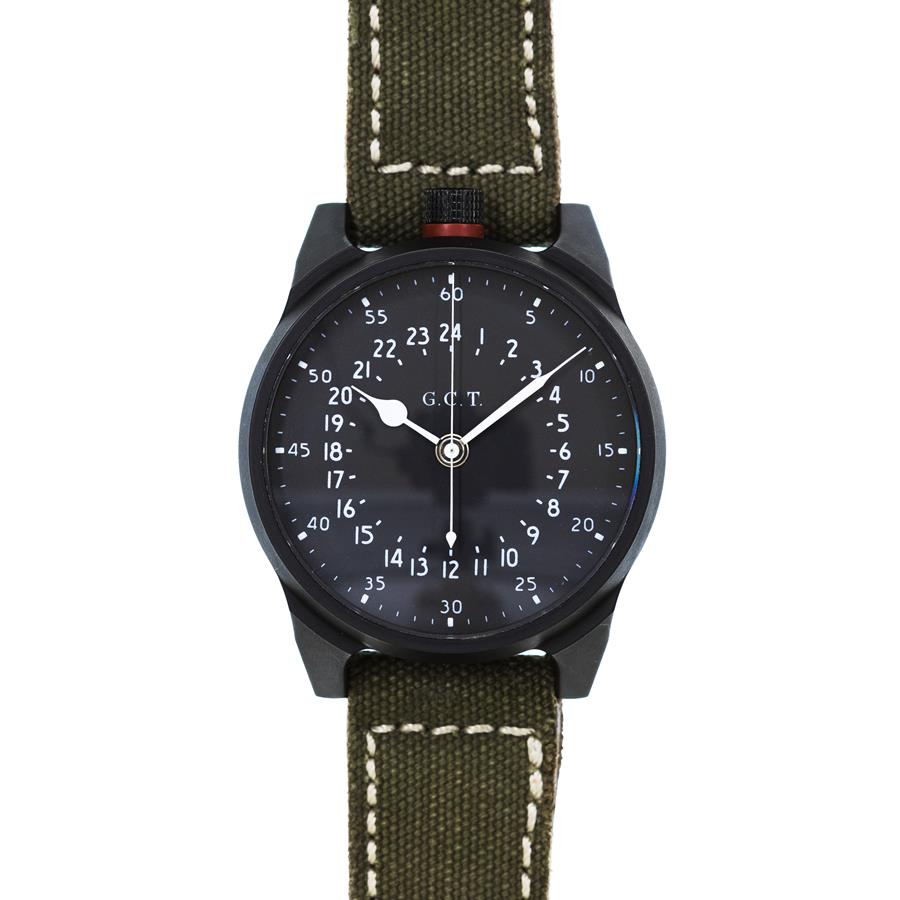 We are working very hard to scale up our production and make more watches. We appreciate you giving us some time to catch up, and we can't wait to have more inventory. Unfortunately, we need more time... (no pun intended).

The Watch of the Day program is expected to come back Tuesday, March 16th! We'll keep you posted, and we'll keep making at least one watch weekly!