We build a new, one of a kind wristwatch every single day. We call it the Watch of the Day! Here's the last 7 watches in your weekly round up. Click the images to see that watch on the website, and to learn more. 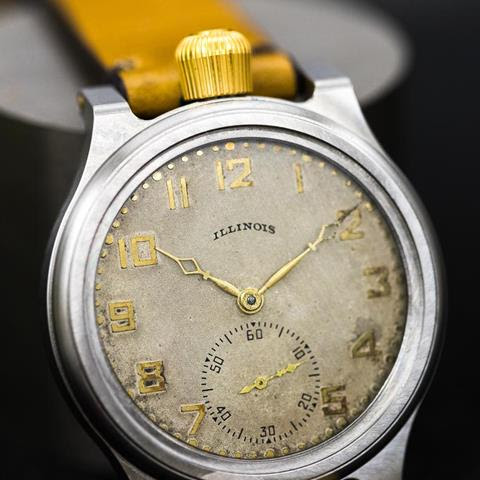 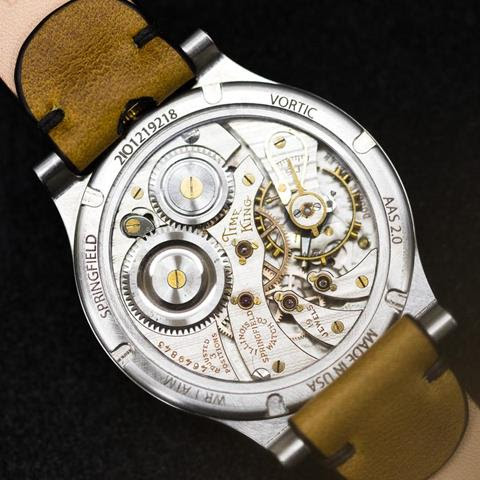 The silver and gold dynamic on this watch is one of our favorite looks! The dial has an almost concrete color which balances the gold numerals along with the silver of our machined titanium case. The dial is concrete in color and even has the grainy texture of concrete as well! Paired with the natural patina on the numerals and hands, this aesthetic occurs naturally over time and could not be produced by hand. We chose a Mojave band and gold crown to accentuate the brighter features and contrast with the cooler tones of the dial and case. This "Time King" movement was produced in 1925 in Springfield, Illinois - the same year that Tri-State Tornado rampaged through Missouri, Illinois, and Indiana! 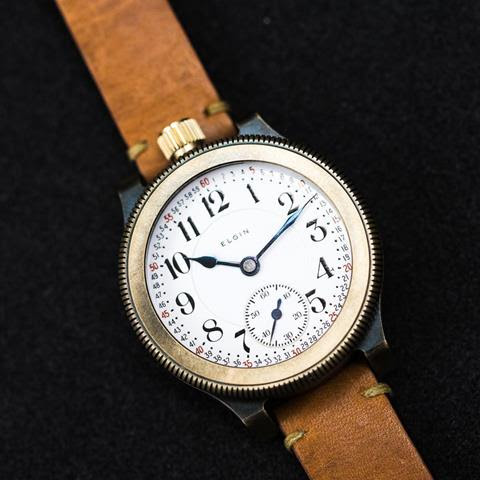 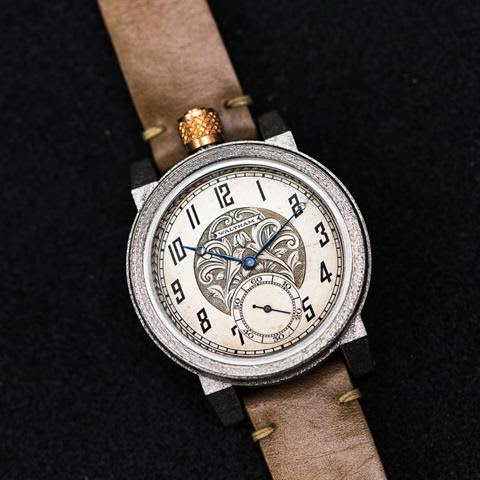 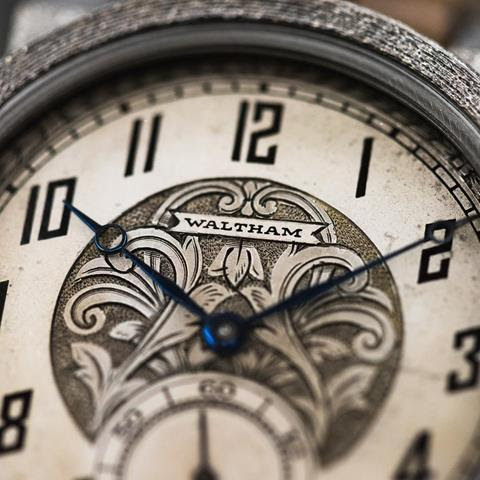 The dial of this watch is exactly why we call our watches Conversation Pieces. The depth of the engraving is almost impossible to photograph and when in the right light, you can see the feathered roping pattern around the edge of the dial. An art deco lover's dream, we placed this dial inside a 3Dprinted titanium case and matched the color of the engraving in the dial to our natural strap. The 19 jewel movement was originally manufactured by Waltham in 1919, which, for our history fans, is the year Congress approved the 19th amendment, giving women the right to vote! We call this the "19" watch. 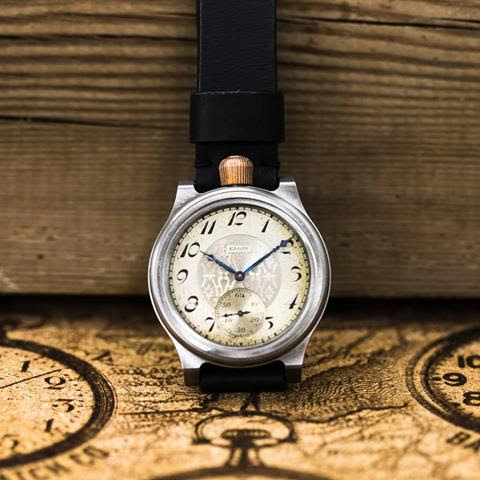 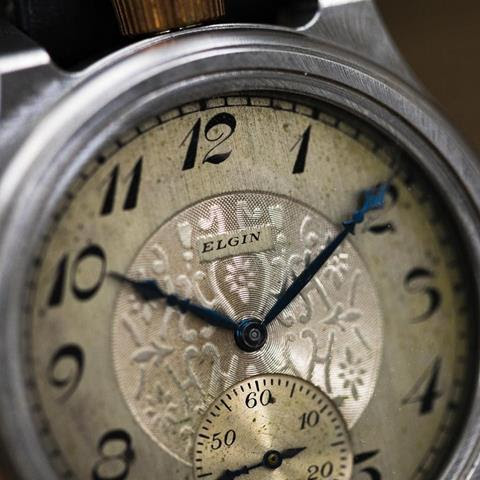 For those that want just a little bit of patina, but are still looking for a watch that's clean, wearable every day, and easy to tell the time, this one is perfect. We love the engraving in the center of the dial and we used a raw copper crown that will also patina and slowly match the dial over time. The Elgin movement was originally manufactured in 1927, which, fun fact, was the year of the worlds first armored car robbery. The Flathead Gang robbed an armored car near Pittsburgh, PA in March of 1927! 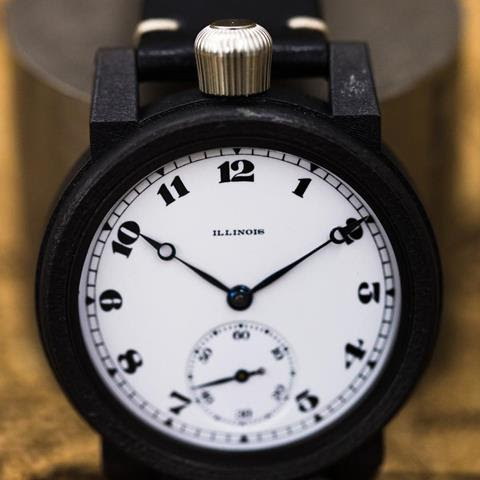 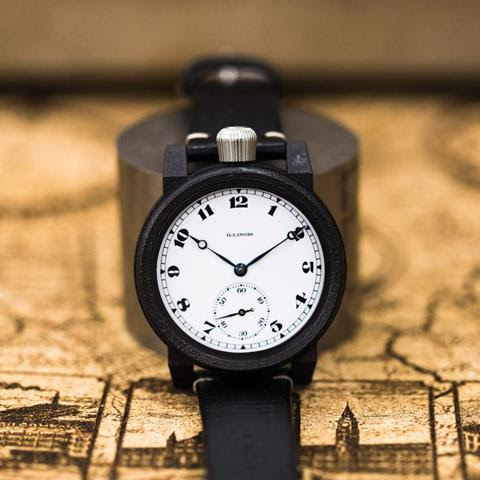 It is few and far between that we see a 3 o'clock crown and we love the look it on this Burlington. The speckled look on the dial is especially accented by a machined black case and coal strap. This movement is special, boasting 21 jewels manufactured by the Burlington Watch Company in 1918. We love learning about the events happening during the years these movements were produced and we found that 1918 was the year U.S. Congress established time zones and approves daylight saving time! 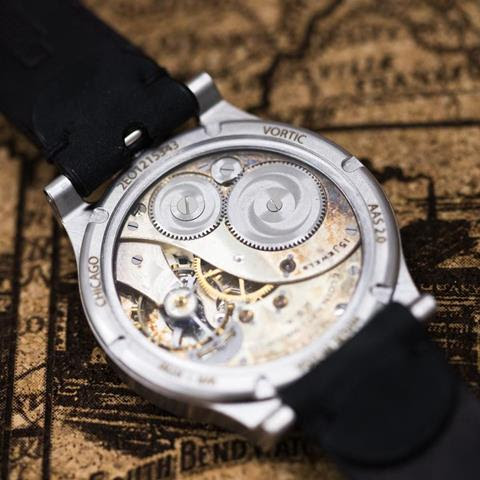 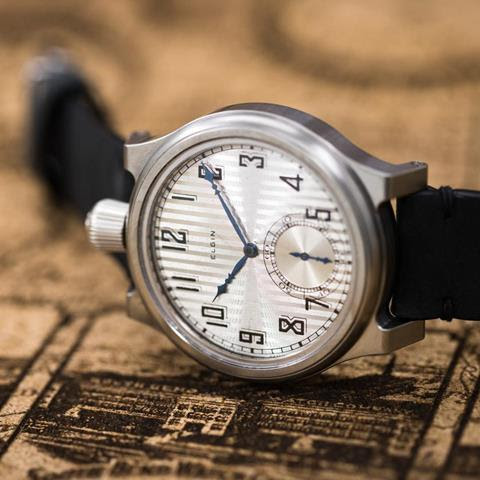 This dial is nothing short of spectacular. If you’re a fan of pinstripe suits you probably already bought this watch and aren’t even reading this description. The numeral style is something we don’t see often and have only seen on 12size Elgin dials. The shadow effect really makes the numbers pop. The 15 jewel movement was originally manufactured in 1925 by the Elgin Watch Company just outside Chicago, Illinois. 1925 was the year Chrysler Car Company was formed. Imagine driving a Chrysler down Main Street Chicago in the 1920s! This movement likely took a ride like that sometime in its life. 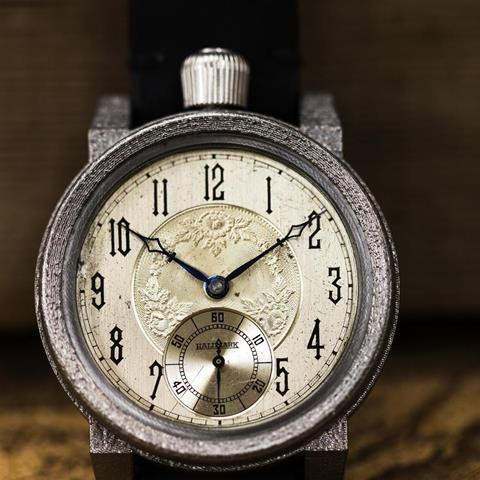 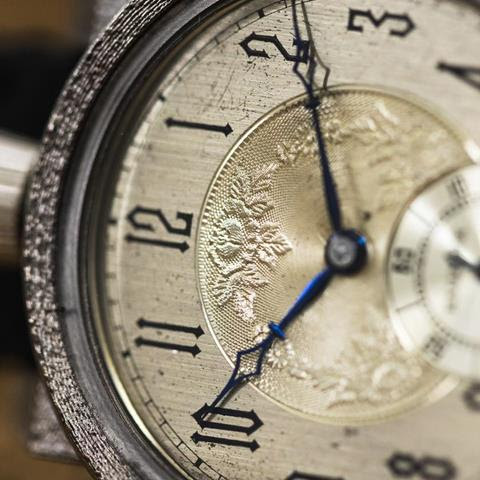 This dial speaks for itself! Most likely a jewelry store named Hallmark requested a handful of dials produced by Illinois watch company and this is one of them! The floral dial is simply eye-catching and so we choose a raw titanium case to accentuate the texture in this watch. We chose a dark strap to allow the case and dial to be the focus. This movement was produced in 1924 in Illinois, the same year that at the University of Illinois’ new Memorial Stadium, Harold "Red" Grange known as the "Galloping Ghost," scores four touchdowns in twelve minutes against the University of Michigan.