When The Word 'Rare' Doesn't Cut It

Just the Watch of the Week

This watch deserves its own post, and it got it. Check out the Rockford 036, this week's Watch of the Week!

As a reminder, we're working hard to get our production caught up and re-introduce our Watch of the Day program, but until then, we're doing the best we can and offering at least one new watch every week. These watches are always one of a kind and when they sell, they're gone forever. They'll be available every Tuesday at 12pm Mountain Time. The last few have sold in minutes, proving that we definitely need to make more! 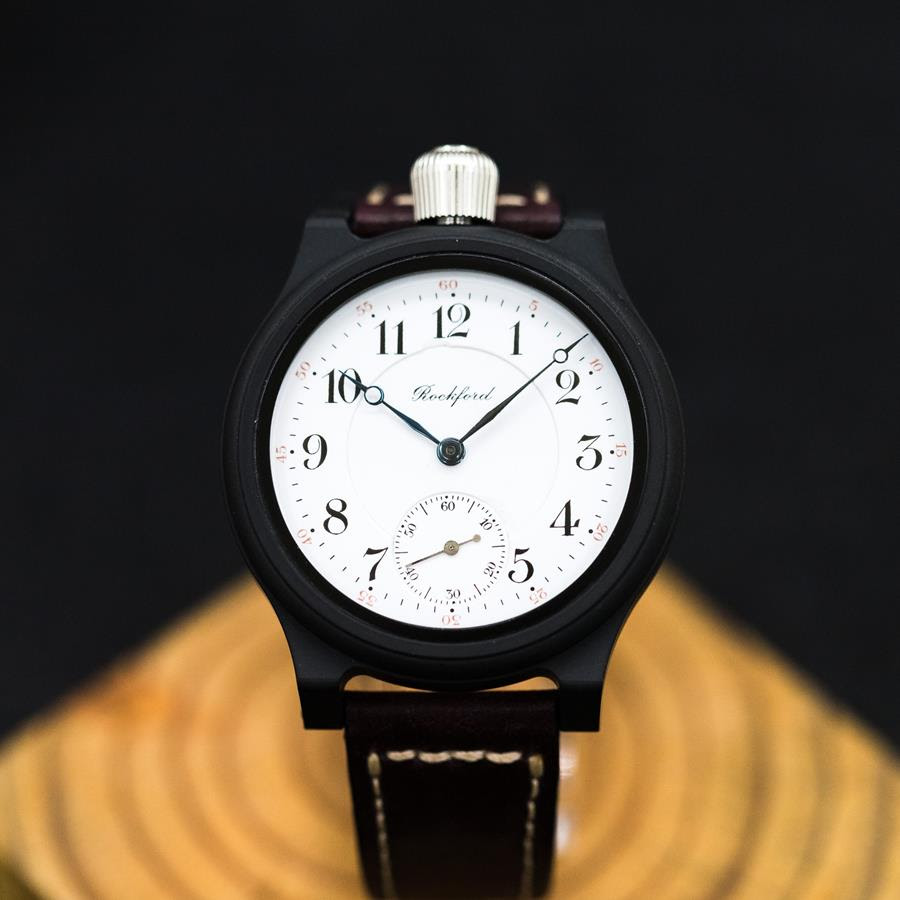 Where do we start with this watch? We have seen very few of these pocket watches as there were only 600 of them produced by The Rockford Watch Company and even more rare, only 100 made in this specific run. A very classic looking white dial with slightly accented black numerals and red five-minute markings, this dial is quite clean! 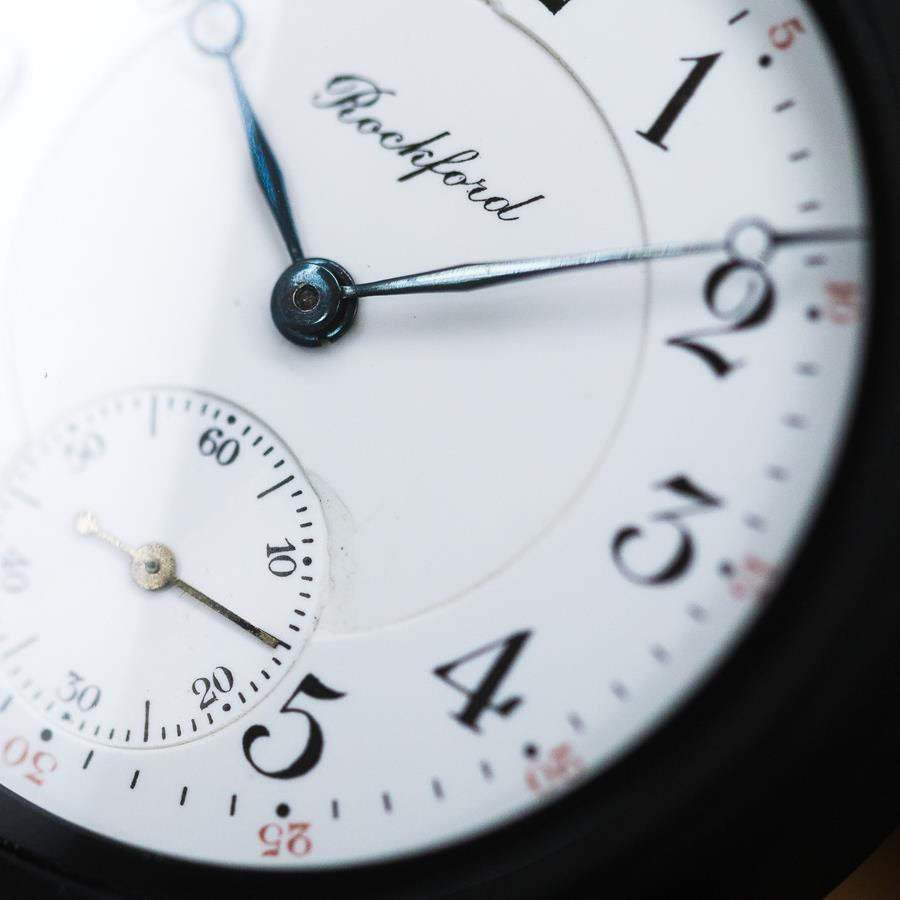 You will notice the dial has two fractures and even still, it's one of the more perfect ones we've ever seen. Rockford watches are especially collectible due to their high-quality designs and low production quantities. 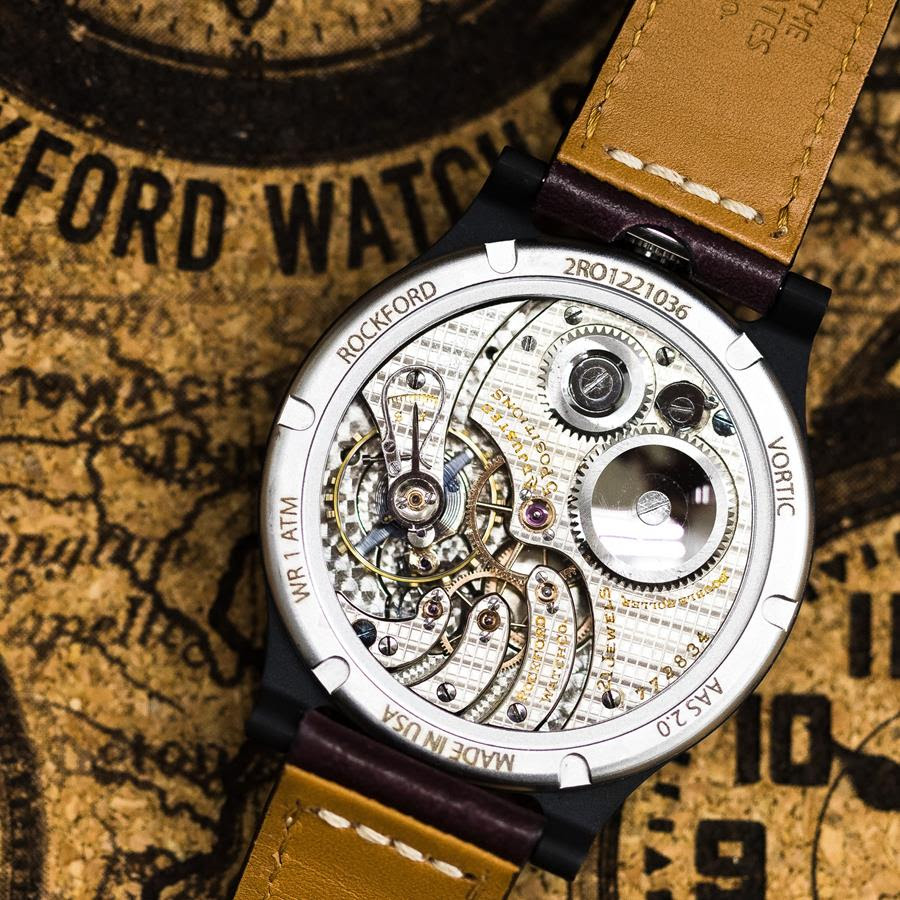 The movement is nothing to overlook as well, the crosshatch or checkerboard pattern engraved on the back of the movement is very elaborate. Rockford specialized in these beautiful, high-end, collectors movements with decorations that many watch companies didn't even attempt. To say this movement is rare is an understatement.⁠⠀

Learn More About The Rockford 036

Rockford Watch Company existed from 1873 to 1915 and produced only 1 million movements as compared to Elgin Watch Company, just 2 hours away, which made 55 million. The Rockford Watch Company began operation in 1878 with equipment from the Cornell Watch Company as well as two of Cornell's former employees. 400 local businesses and individuals pledged $150,000 of support to stimulate the growth of their town. 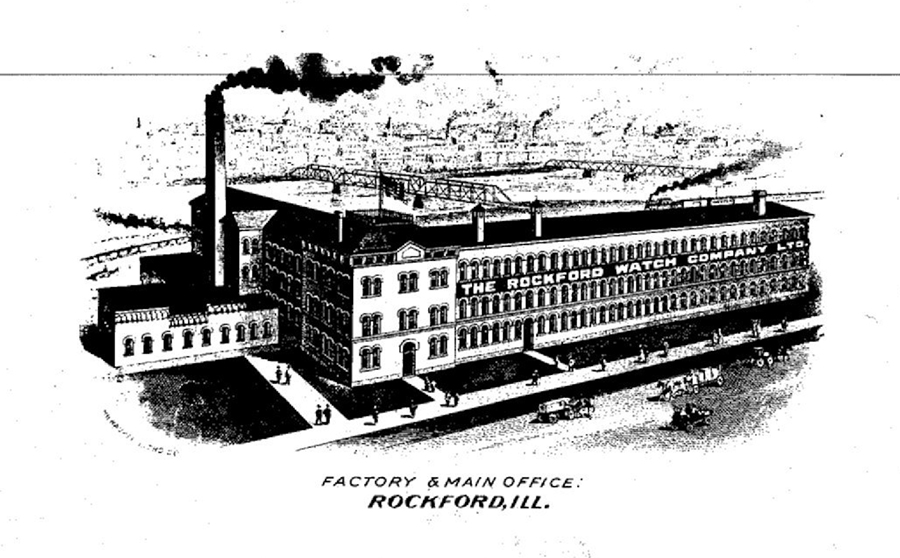 Rockford watches were primarily marketed and sold through Railroad industry journals and publications. They were extremely popular with railroad workers especially since 3 different railroads went through the city of Rockford. The factory still stands today and is being protected and restored by the citizens of Rockford, supported by an EPA grant. 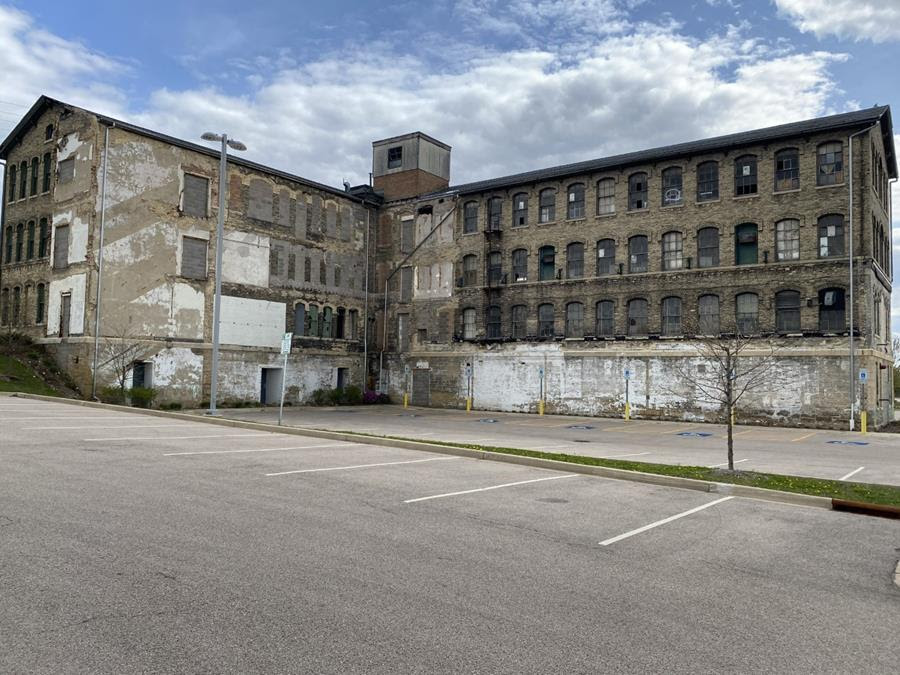 Who knows... maybe someday something will be manufactured in that building again.